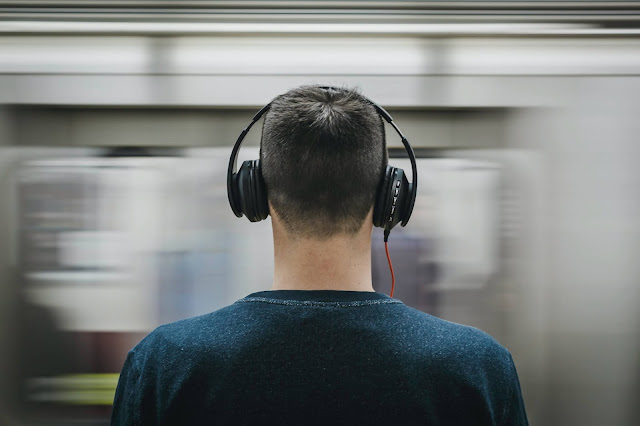 Linear pulse-code modulation (LPCM) is a specific type of PCM where the quantization levels are linearly uniform. This is in contrast to PCM encodings where quantization levels vary as a function of amplitude (as with the A-law algorithm or the μ-law algorithm). Though PCM is a more general term, it is often used to describe data encoded as LPCM. Movies and devices often show audio as "LPCM" but sometimes PCM.

A PCM stream has two basic properties that determine the stream's fidelity to the original analog signal: the sampling rate, which is the number of times per second that samples are taken; and the bit depth, which determines the number of possible digital values that can be used to represent each sample.

To get a visual idea of the space taken up by analog and digital audio, compare the size of a vinyl (analog) disc to that of a CD (digital).

PCM is usually contained by .WAV as files for computers/media players, .m2ts for Blu-ray Discs, .VOB for DVDs and .CDA for Audio CDs.

WAV is very popular because uncompressed WAV files are large, so file sharing of WAV files over the Internet is uncommon except among video, music and audio professionals where the uncompressed form has become the most popular of all audio formats and, for most, high speed large bandwidth web connections are commonplace. Many audio and music software manufacturers now favor it as their default file format though others are often supported. The high resolution of the format make it suitable for retaining first generation archived files of high quality, for use on a system where disk space is not a constraint, or in applications such as audio editing where the time involved in compressing and uncompressing data, and the losses in quality of such conversions are a concern.

Blu-ray uses the .m2ts transport stream for audio. There's software like VLC, AVS Video Editor, Apple's Final Cut Pro, Sony Vegas that can read and edit these files. You can convert .WAV files to .m2ts without loss of compression.

What are the file extensions?
.L16, .WAV, .AIFF, .AU, and .PCM
Does PCM require a licence?
No, unlike Dolby and DTS, PCM is public domain, meaning ANYONE can freely use it for commercial purposes.
The PCM logo is under Creative Common 4.0 Attribute license, meaning ANYONE can use it freely for commercial purposes.
Are gaming consoles and computers compatible with PCM?
Yes, most games from Xbox One, PS4 and Nintendo Switch have native PCM audio.
The first gaming console to take advantaged with in-game uncompressed PCM was the Sony PlayStation 3, while Xbox 360 only used compressed in-game Dolby Digital. CD-based games from the 90's such as Sega CD, PlayStation, Sega Saturn or Atari Jaqure, did use PCM audio, however, the voice and sound FX was used with compressed digital files.
For PC, it depends on the game. When today's computer games for Windows, Macintosh and Linux have PCM audio, they store it often in the .WAV container or something else. Some computer games are known to have only MP3 or OGG compressed audio.
Game developers today often use PCM for the perfect uncompressed sound or to avoid licensing from Dolby or DTS.
What else can I do with PCM?
PCM can also be used to create enhanced form of dynamic stereo sound processing algorithms to give the illusion of depth even without the need of additional speakers or decoders.
Here's three sound technologies that took this approach.
Roland Sound Space (RSS) from Roland Corporation only used this for video games to create 3D spatial sound effects for TurboGraphx/PC Engine and LaserActive games without the need for additional speakers. RSS is one of several attempts to create a "3D sound" out of regular stereo speakers. It is not surround sound in the traditional sense of having speakers which "surround" the user, but attempts to direct sound around the room to give the illusion of depth.
QSound, a three-dimensional audio technology created by QSound Labs. QSound "widens" the range of stereo sound, and so is best used with a pair of stereo speakers spaced apart from the television without the need of a special decoder unlike Dolby. For video games, the benefits were more significant in arcade environments, where speakers would be mounted to arcade cabinets in the correct position to ensure the best quality audio, though if positioned properly, similar effects can be achieved in the home. It is mostly known for its QSound enabled Sega video games for the Sega/Mega CD, 32x add-on, Sega Saturn and the Sega Dreamcast. A few CD soundtracks have been released with QSound.

Though by the turn of the century, both technologies had largely been abandoned and been superseded by more advanced surround sound setups like Dolby and DTS.
THX, a sound mastering and technology company originally from Lucasfilm., does the same thing like QSound and RSS, not just with stereo but also deals with both picture and true surround sound. The THX Certified Games Program was launched in 2003. The program provides game publishers and developers with standards for how audio and video production facilities should be designed and maintained, as well as how production equipment is installed and performs. THX sets guidelines for studio acoustics, background noise and lighting, providing video game developers a means to present a consistent visual and sound experience across a variety of end¬user game systems and consoles mostly PS2 using PCM audio as Dolby was only used for cinematics. Today THX's "game mode" exists only for PC games mostly with PCM audio, but doesn't really do anything.
The being said, all three technologies had great concepts but didn't pick up by the mainstream. But you can make your own mastering technology if you wanted to with the advantages of PCM.
What favorite movies and albums have PCM?
ALL CDs have an PCM soundtrack, always have and always will.
Though DVDs was capable of PCM, it was uncommonly used thanks to the domination of Dolby Digital.
Blu-rays brought back PCM to the mainstream, despite Dolby and DTS dominating the market, there are movies and albums being released with PCM soundtracks, especially form the Criterion.